Berkeley’s 7th Street Band has made its name backing some of the greats and new voices of reggae and running its own studio. While 7th Street Band has been hitting the West Coast stages for over a decade, drummer Edi Arnold and keyboardist Benjamin Goff, friends since high school, have played together since 1992. Edi, as founding member and Ben, as his right hand man have been the foundation and executive producers of all 7th Street works.

7th Street Band has been called one of the Bay Area’s best-kept musical secrets and has backed many top touring vocalists, including Sanchez, Gappy Ranks, Glenn Washington, Konshens, Louie Culture and Million Stylez. Other artists 7th Street has worked with include Arkaingelle, Mega Banton,Norris Man, Danny I, Army, Rocker T, Wadi Gad, Tuff Lion, Messenjah Selah, Earl Zero, Winstrong, and Luv Fyah. Mony Lujan of Dubwize, on bass since 2010, rounds out the trio that makes up the heart of 7th St. Band. 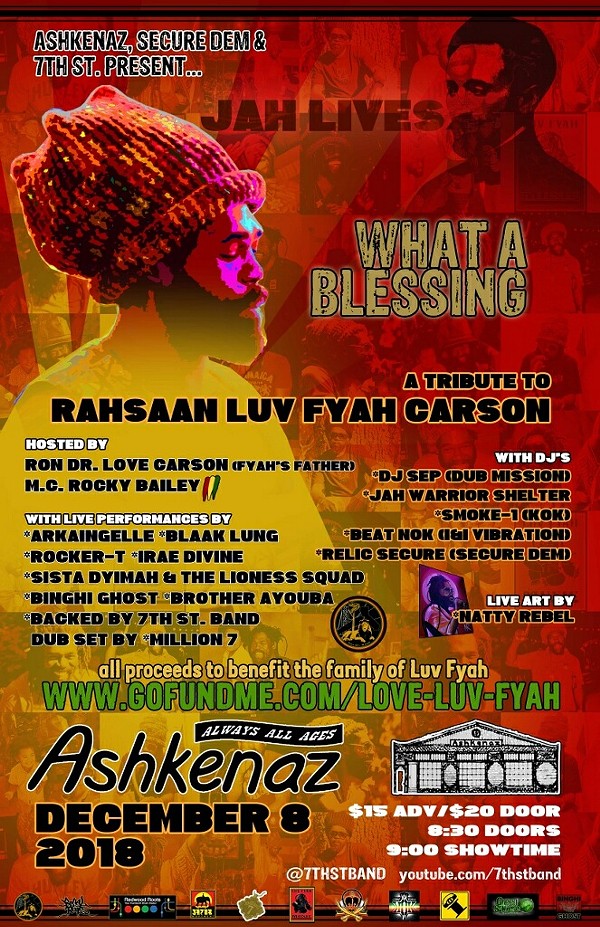 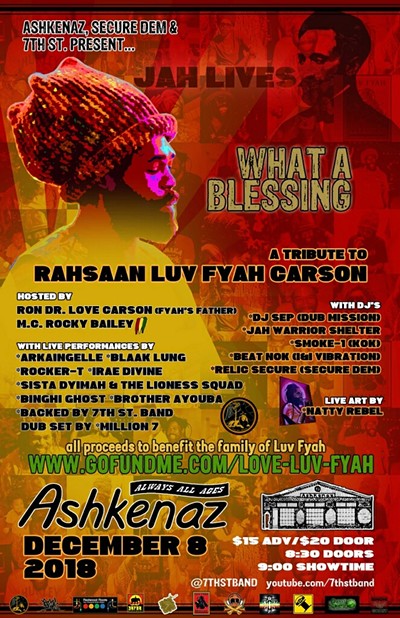